Every week, my partner and I ask ourselves which movies should we buy? How can we get more classic films on tape?

Our collection is getting better. We also care about the quality.

It is with anticipation that I await Thursday night’s PBS screening of “These Amazing Shadows.” which will talk about film preservation. Who knew “The Godfather” already needs to be preserved? 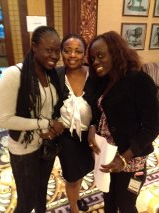 These students assisted us and always made me comfortable. I learned from them in a few short days.

A president, vice president and an ambassador

The dateline should really be Dakar, Senegal as I am home but still taking it all in. I went to Senegal on a five-day trip and had one of the most incredible experiences as a journalist thanks to friends and colleagues.

This is just the second step of a long trip – my life – in trying to understand the globe and specifically Africa. Yup, I have been overseas but this is different.

Last time I wrote a travel piece about the World Festival of Black Arts and Culture in December 2010. I tried to give it a little heft. Today, I am thinking about more of an essay style because the more I learn, the more complicated it is.

In these short days, I shook the hand of a president, interviewed the Vice President of Colombia and the U.S. Ambassador to Senegal. Amazing.

DAKAR, Senegal – Interesting morning spent with a few journalists and the Vice President of Colombia, Angelino Garzon. He granted us a 45-minute interview through the efforts of Miami Herald World Editor John Yearwood who is responsible for assisting journalists attending the 2011 World Conference of Mayors here in Dakar.

Garzon spoke, through an interpreter, about the common goals of human rights, the fight against HIV/AIDS and discrimination against people of African descent.

One topic we did not address – the war on drugs.

Garzon was a charming ambassador for his country. His own record was one of working within workers’ unions for the last 20 years.

He had his own goals for attendance at the conference – seeking the leadership post of the ILO. He wants the support of President Obama and the Prime Minister of Canada, after receiving support here from Senegal’s President Wade. See the definition below from Wikipedia –

The Conference Convenes in Senegal

DAKAR, Senegal (Dec. 15) – Today the World Summit of Mayors convened, bringing together mayors from the United States and across the world with the goal of meeting the initiatives of the African Renaissance.

The meeting at the Le Meridien President Hotel came almost one year to the anniversary of the World Festival of Black Arts and Culture. The sessions bring members of the National Conference of Black Mayors together with city representatives from Africa, the Caribbean and Latin America.

The Summit is hosted by President Abdoulaye Wade of Senegal. He also facilitated the signing in June of an agreement between 12 African-American and 12 Senegalese mayors for twinning cities and to include other partners to create linkages to the Diaspora.

Opening ceremonies were held Thursday and were to be followed by a reception at the palace of Wade. However, the reception was cancelled because of a death in the family of a high-ranking official.

The Friday agenda includes discussions on decentralized cooperation, followed by tours of Goree Island with its Door of No Return on Sunday with a trip to the African Renaissance Monument, and sessions with a focus on education scheduled for Monday.

(Deirdre M. Childress is the immediate past Vice President-Print of the National Association of Black Journalists.)

I will be traveling to Senegal this week. Please read the news release below (excuse typos from conversion):

New York, Dec. 13, 2011 — More than 30 prominent African-American mayors are travelling this week to Senegal, West Africa, to convene a four-day historic dialogue with more than 200 black mayors from around the world.

The 2011 World Summit of Mayors Leadership Conference will take place from Dec. 15-19 inDakar,Senegal. His Excellency Maître Abdoulaye Wade, President of the Republic of Senegal, will host the conference, which is co-organized by the National Conference of Black Mayors (NCBM), the National Association of Senegalese Mayors (AMS), and the Joint United Nations Programme on HIV/AIDS (UNAIDS).

“The foundational belief of the summit is that unified work on the development challenges facing cities on the global landscape is essential to the improvement of the wellbeing of all citizens in urban areas,’’ said Mayor Robert L. Bowser of East Orange, New Jersey, President of the NCBM.

Topics of discussion over the four-day meeting will include good governance, trade, tourism, twinning of cities, economic development, the response to AIDS, education, and media.

Mayor Bowser will lead theU.S.delegation of mayors, which will serve as representatives on behalf of the 658 black mayors that are members of the organization.   Among majorU.S.cities that will be represented at theSummitwill beWashington,D.C.,Atlanta,Sacramento,Las VegasandTallahassee. Mayors will represent both urban and rural communities. Also participating will beNorth MiamiandTuskegee.

“This and other initiatives help to accelerate progress toward the achievement of the United Nations Millennium Development Goals (MDGs) by 2015, using the response to HIV/AIDS as an entry point,’’ said Dr. Djibril Diallo, Senior Advisor to the Executive Director of UNAIDS. “This will bring the UNAIDS vision of “3 Zeros” into sharper focus: Zero new HIV infections, Zero Discrimination, and Zero AIDS-related deaths.”

“The primary focus is restoring, strengthening and uplifting working relationships and collaborations among the various participating leaders, many of whom represent untapped resources and communities throughout the Diaspora,’’ said Vanessa R. Williams, Executive Director of NCBM.

Plans for the summit began to take shape a year ago when prominent African-American leaders attended the World Festival of Black Arts and Cultures inDakar. During the Festival, President Wade designated African-American leaders as Goodwill Ambassadors for the African Renaissance and called for the creation of partnerships between organizations in the Diaspora andAfrica.

As a follow-up, severalU.S.organizations and Senegalese counterparts — including mayors, university presidents, and artists and intellectuals — signed cooperation agreements last June. The results of the partnerships were presented to theSummitof heads of State and government of the African Union, the pan-African political body, in January 2011 inAddis Ababa,Ethiopia, and last July inMalabo,Equatorial   Guinea.

NCBM: Founded in 1974, the National Conference of Black Mayors represents more than 650 African-American Mayors across theUnited States. Collectively, its membership represents over 48 million citizens. NCBM is a leader in the re-development of most vulnerable communities and works towards the empowerment of leadership on the local level.

UNAIDS: Leveraging the AIDS response, UNAIDS (the Joint United Nations Programme on HIV/AIDS) works to build political action and to promote the rights of all people for better results for global health and development. Globally, it sets policy and is the source of HIV-related data. In countries, UNAIDS brings together the resources of the UNAIDS Secretariat and 10 UN system organizations for coordinated and accountable efforts to unite the world against AIDS. 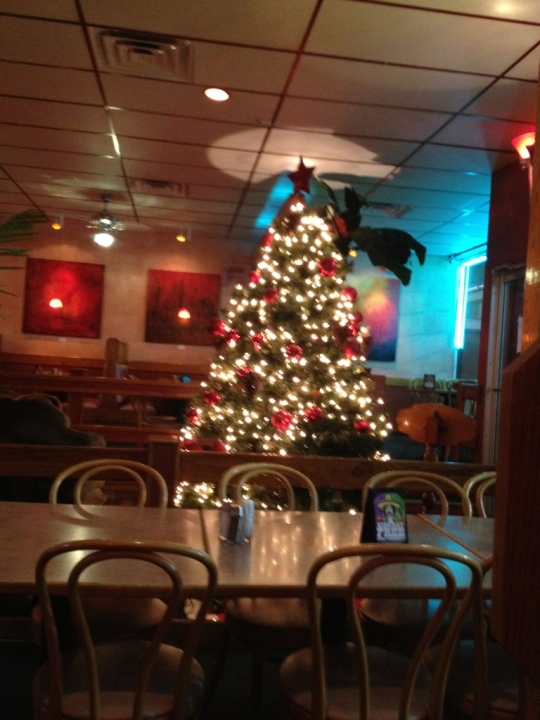 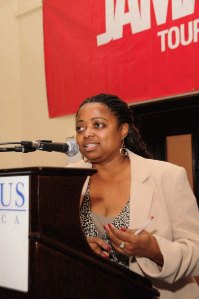 Deirdre is speaking to tourism officials in Kingston. The discussion is on partnerships for sustainable tourism to help Jamaica become self sustaining.

Today I re-launched my blog as the entry point to all of my journalistic efforts that focus on entertainment, film, sports and world travel. The title is the inspiration of my daughter who’s had a front-row seat to my work. My traveling nature is inspired by my father, John W. Childress III, a physicist who made his last overseas trip to Bejing, China, where he heard the news they had just received the Olympics. My movie passion began with my Mom, Dr. Odile Claude, who encouraged me to watch old Elvis films on Sunday afternoons and other flicks. She gave a mean rendition of “Bali Hai” from South Pacific. And I was born in Hollywood and raised on the Lakers. This blog is where all of this love merges.